NB: This blog post is rated 15 due to mild nudity lol

At first, we thought it was funny. In England, we have bad weather warnings for snow. In Montpellier, they have the same thing for rain. We thought, wow, they’re so spoilt here, they need to be warned when it’s going to rain! The past few times that there’s been a downpour in Montpellier we were completely caught by surprise and ended up totally soaked – but an hour later we were completely dry again as the sun came out and dried us off really quickly. So, when I checked the weather forecast yesterday morning and saw that it was forecast to rain, my preparation consisted of wearing ballet flats instead of sandals and a raincoat. I was not prepared for this.These pictures don’t belong to me. I found them on facebook and twitter afterwards, because while this was going on we were stuck in uni and pretty much unable to leave as the trams had stopped running, along with the buses and the taxis. There were cars on the roads (apparently) but there were huge traffic jams because of the roads being flooded and completely impossible to use. We were even told that we shouldn’t try and walk home because we would literally have to wade through water. So those of us who were trapped at uni were called to Amphitheatre B, where firemen arrived with walkie-talkies and boxes of blankets and began advising people to spend the night rather than leave the university. Some teacher tried to give us some information about what was going on, but we stopped listening after he admitted that his primary source was facebook. 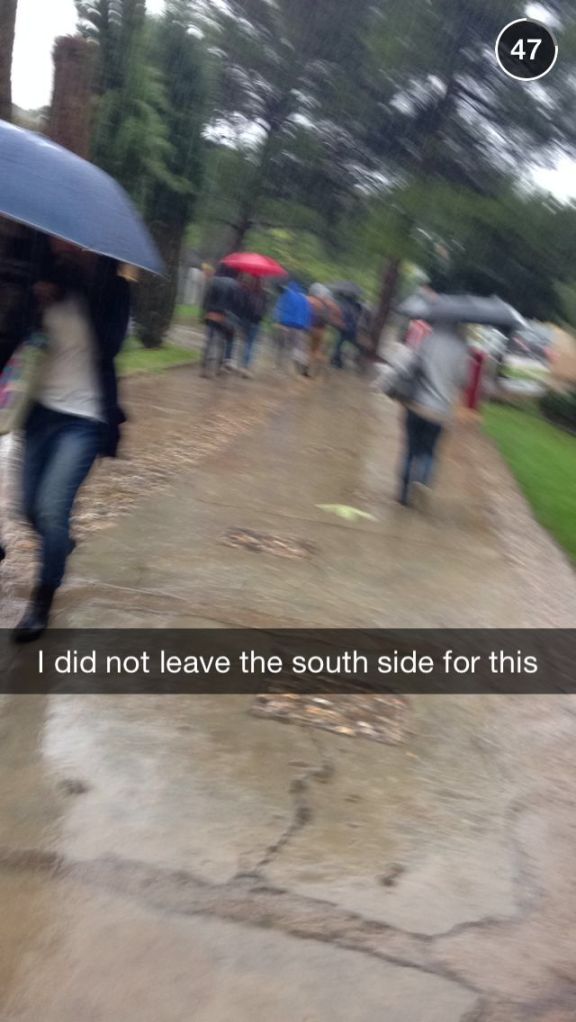 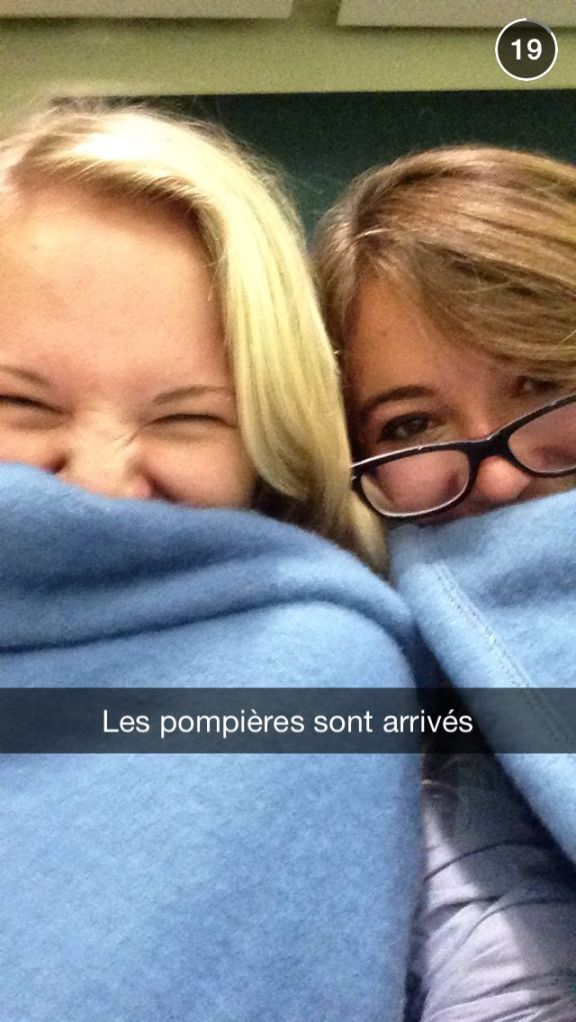 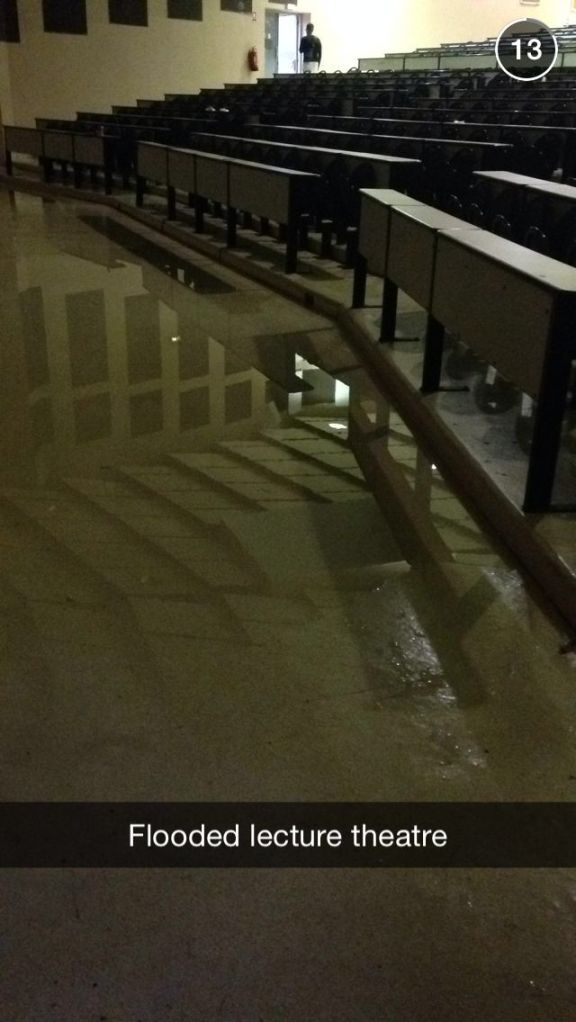 Eventually, the rain subsided enough that the tram started running again, at least for a while, so we seized the opportunity and made it safely home. This morning’s morning lessons were cancelled (hooray) which gave me the chance to catch up on some homework and paperwork (boo). The floods have disappeared as quickly as they arrived; this evening, you wouldn’t even know it has been raining yesterday.

Last Thursday (AKA my mini-weekend, as I have no lessons until 6pm it’s the perfect day for a day trip) we went to Beziers which I’d give a solid 3 out of 10. It gains a point for all of the millions of cats, a point for the amazing lunch we had, and a point for the church we went into that I actually quite liked. 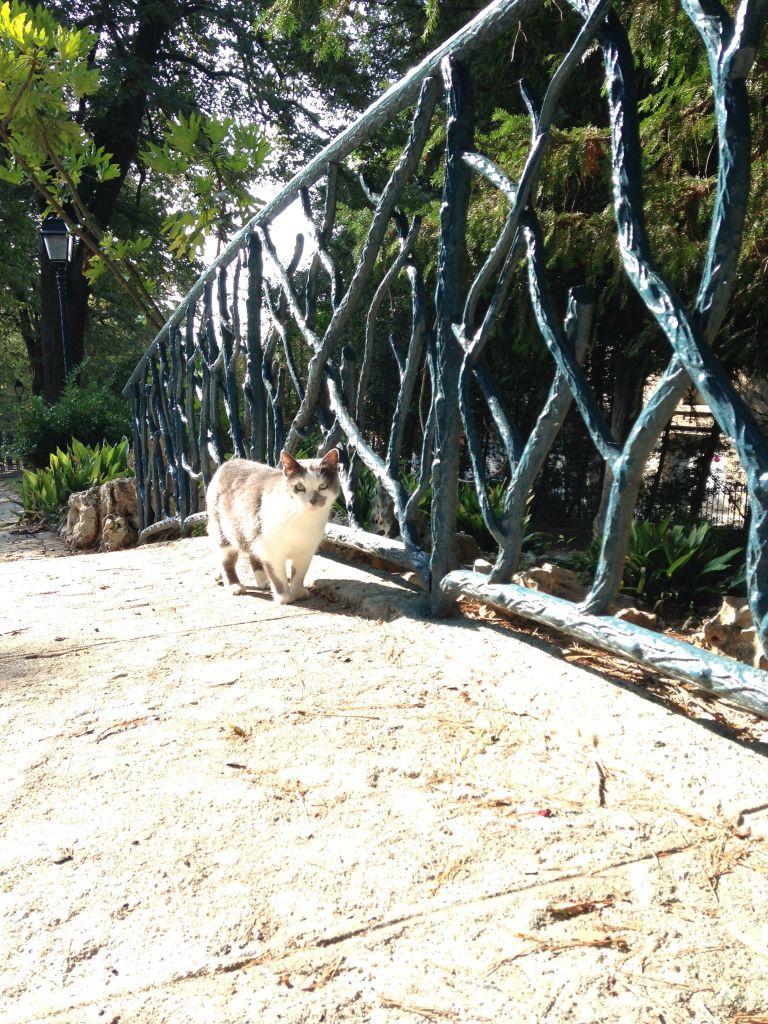 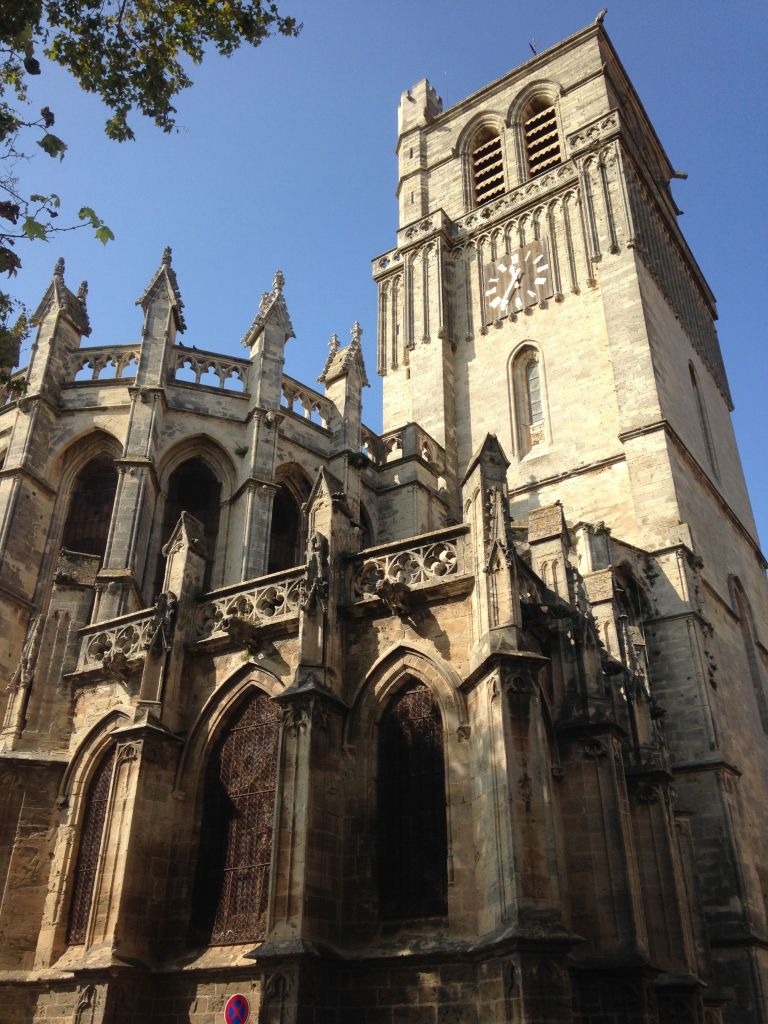 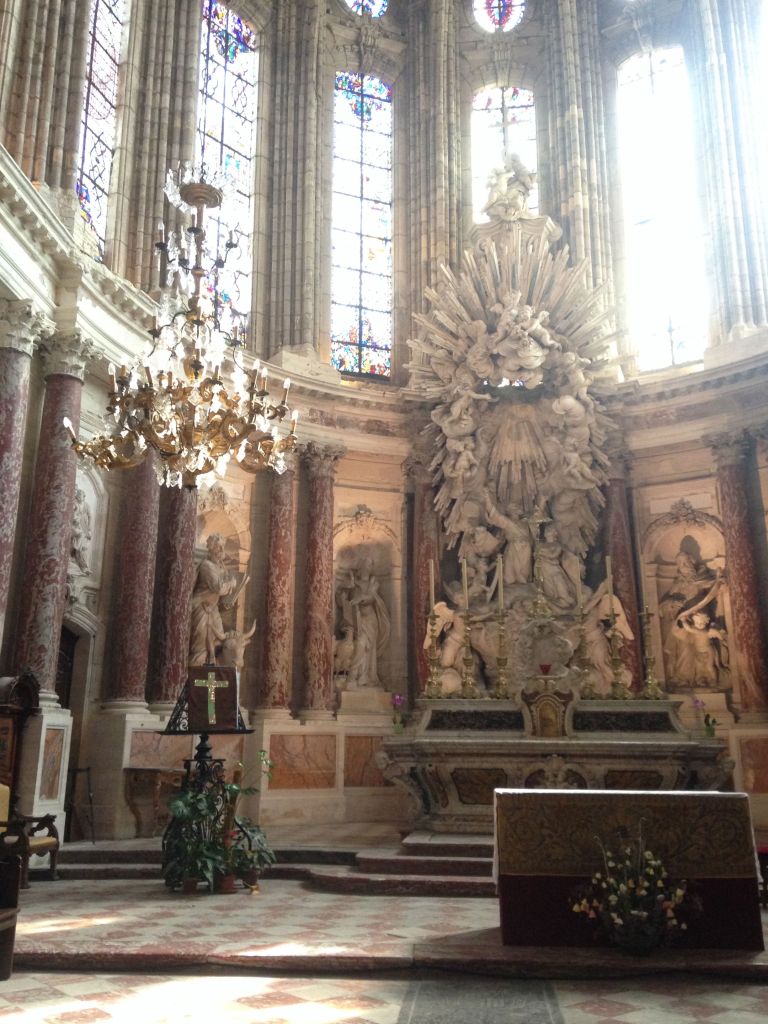 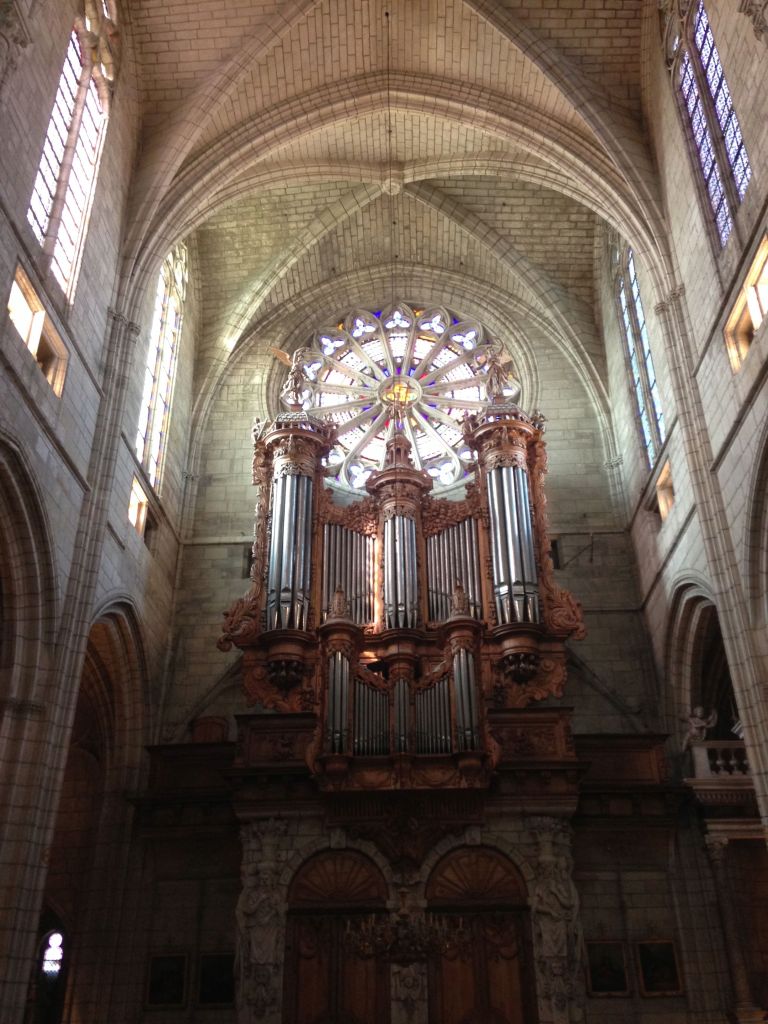 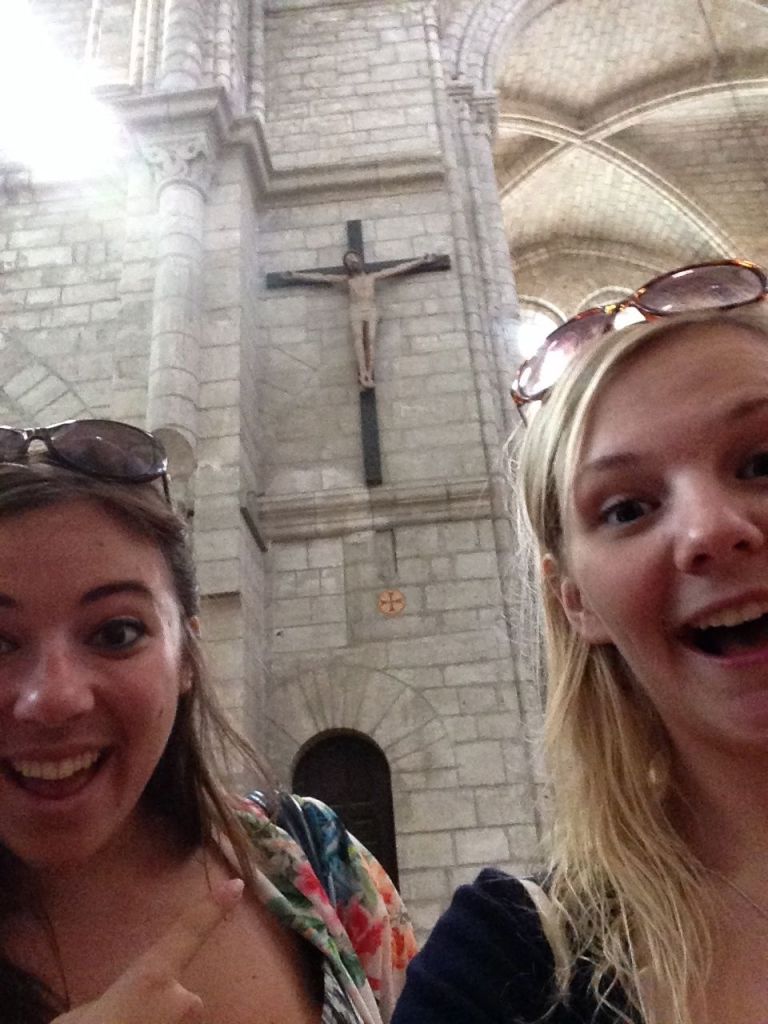 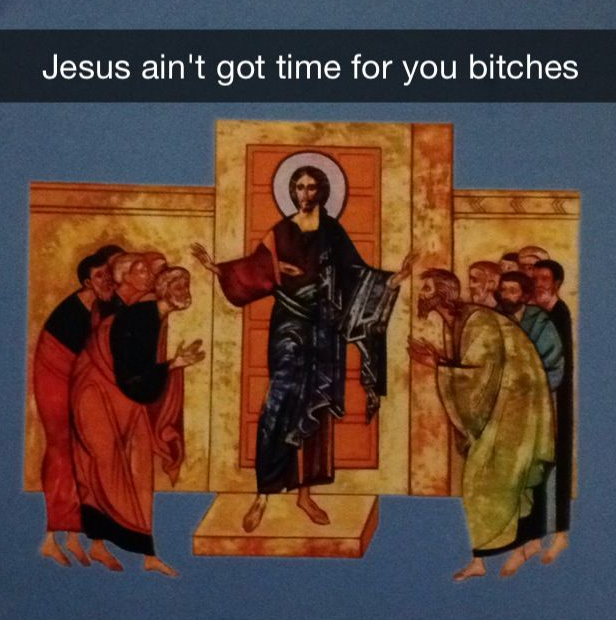 That night we went to ladies night at Heat (or ‘soirée pour elles’), which originally I was skeptical about because of its massively sexist nature – the concept was supposed to be free entry and free ‘cocktails’ for girls until 2am (which I imagined would consist mostly of that gross vodka that tastes like nail varnish remover), before which time men would not be allowed in. At 2am, they would open the doors to men and I couldn’t help but imagine a crowd of creepers descending on helplessly drunk girls. Luckily, it wasn’t quite like that. When we arrived at around midnight after finishing the plastic bottle of wine/vinegar, there were some men milling about already. The ‘cocktails’ were actually grey goose (!) and juice which impressed me. Then, Michael Buble’s version of ‘Feeling Good’ came on and we turned to see a male stripper dressed as a sailor starting to take his clothes off. A fantastic start to a fantastic (and completely free, except for the 4€ wine) night. 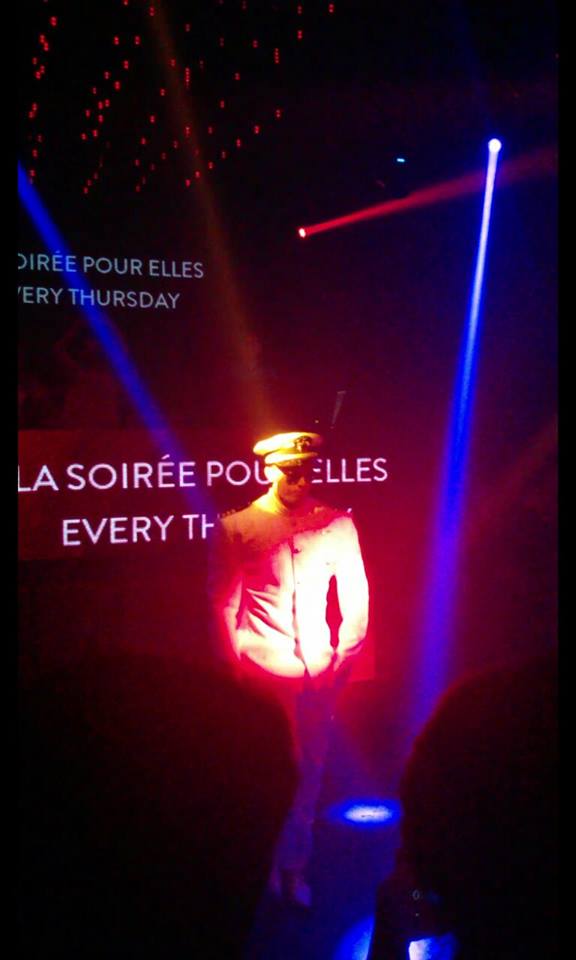 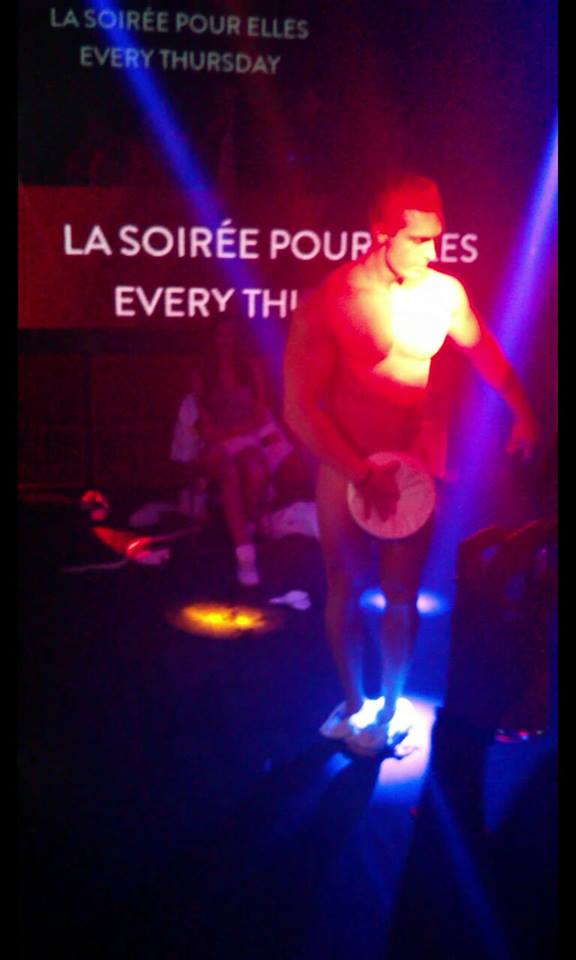 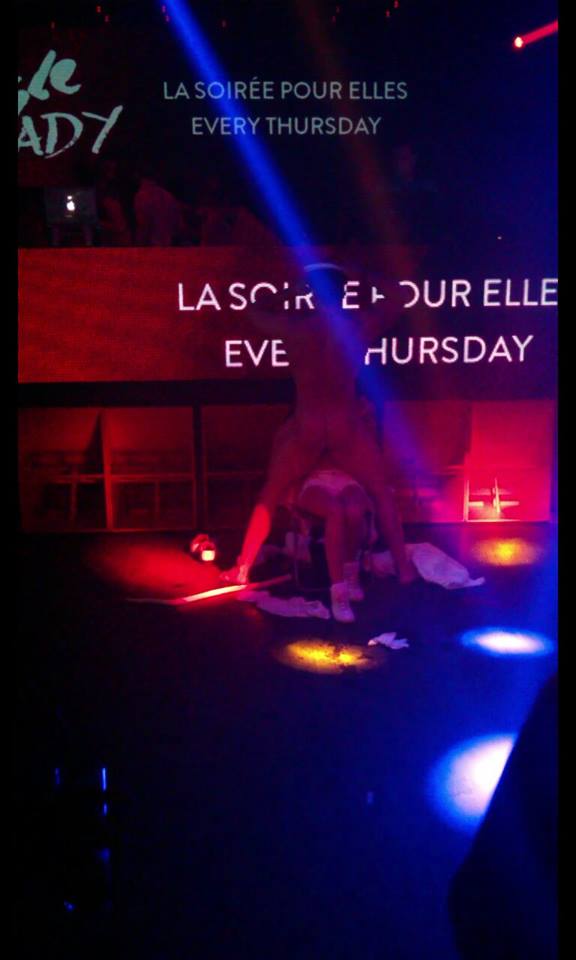 We got in around 5am after having a fight with some boys on the bus because they weren’t feminist (Chantal slapped one of them after he grabbed her arse, go Chants) and we still made it to our 11:15am translation class the next day, arriving early despite the fact that we were still drunk and giggly. The hangover started to kick in halfway through the class, but it was worth it. 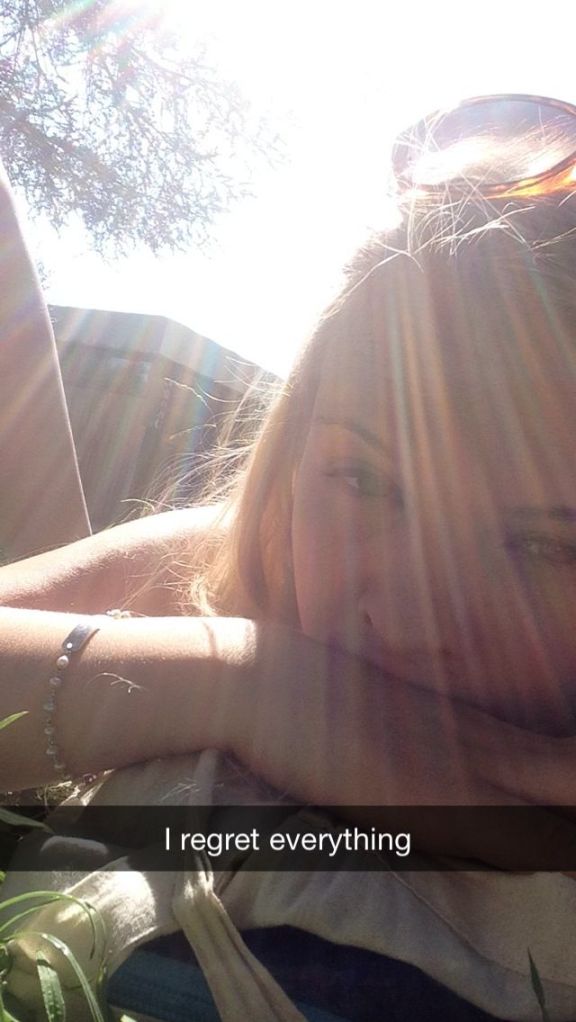 “If hangovers come in waves then I’m having a tsunami.” – Ruth

Ruth and I waited three and a half hours in the sun not feeling our best before tentatively making our way to our 3-hour philosophy class. It seemed a bit quiet outside and there was a different class going on in our lecture theatre, but since teachers are very often late we decided to hang around. 15 minutes after the class was supposed to have started, a woman arrived, taped a notice to the door and left without further explanation. The notice explained that the teacher would be absent for this lesson. AS IF we wasted three hours of our lives in university when we could have been in bed! But I suppose at least we didn’t have to sit though three more hours of ‘but what is a chair?’ 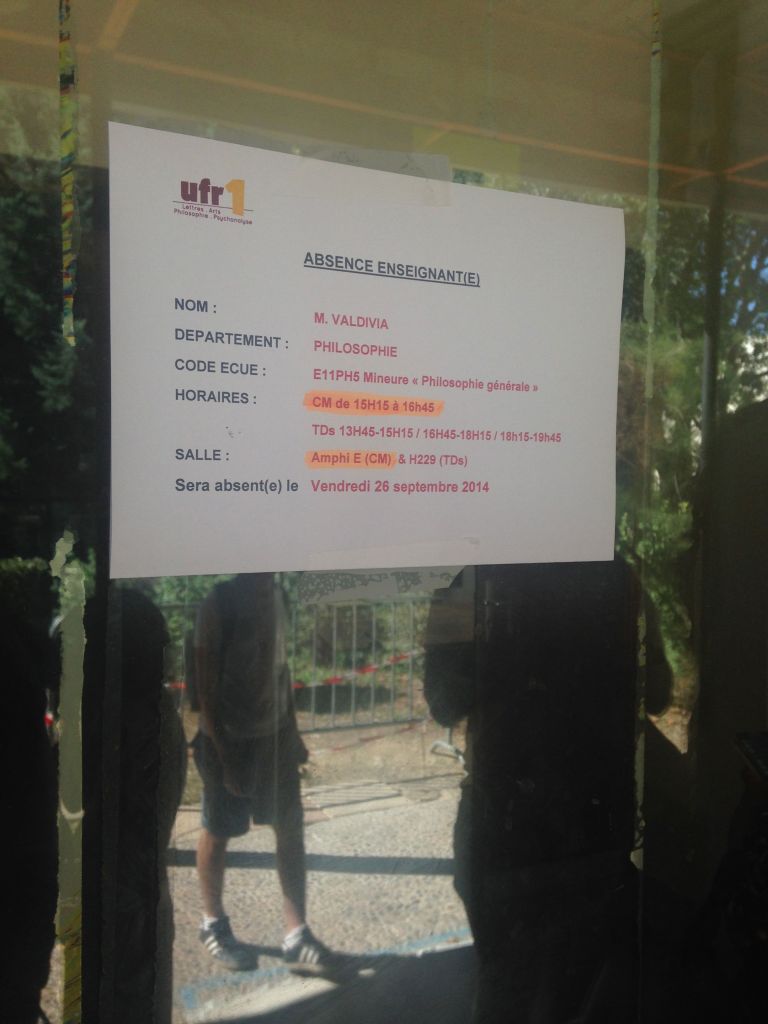 This also happened this week: 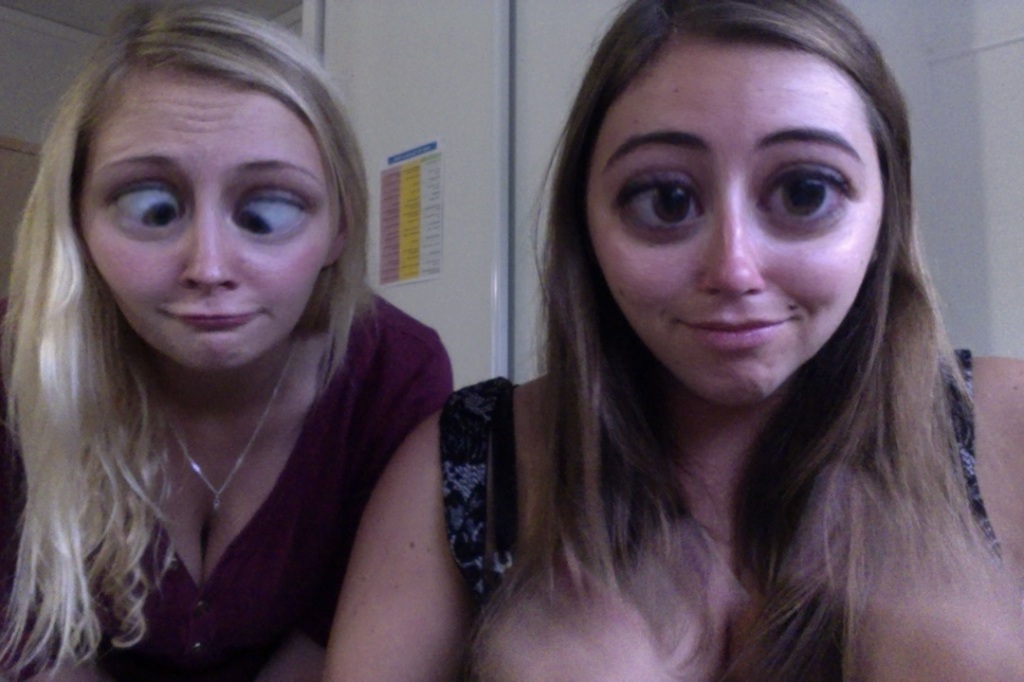 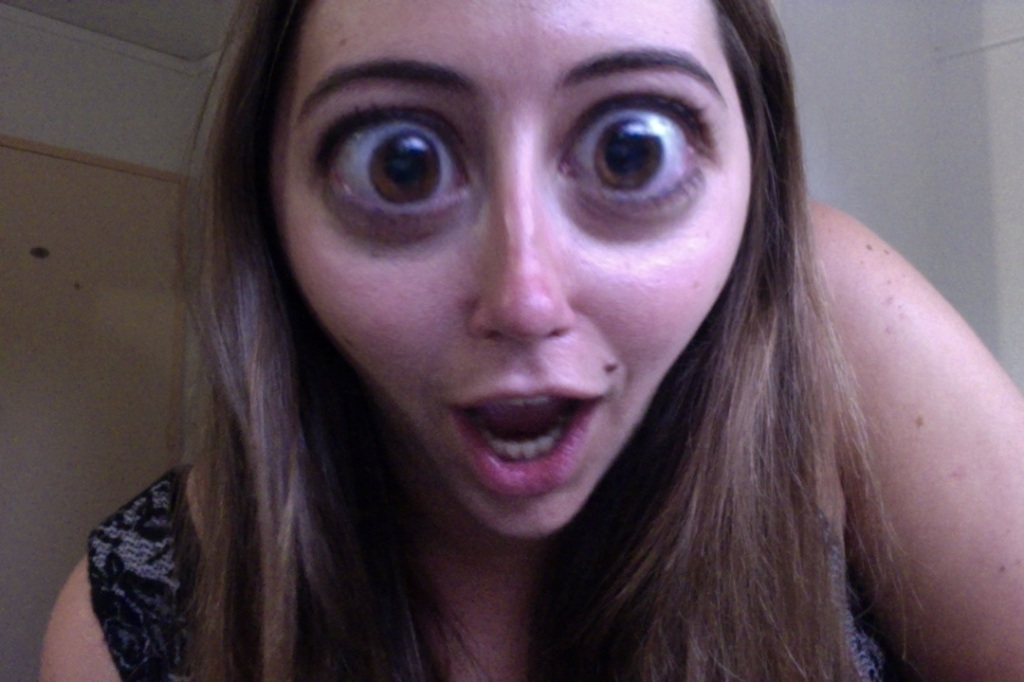 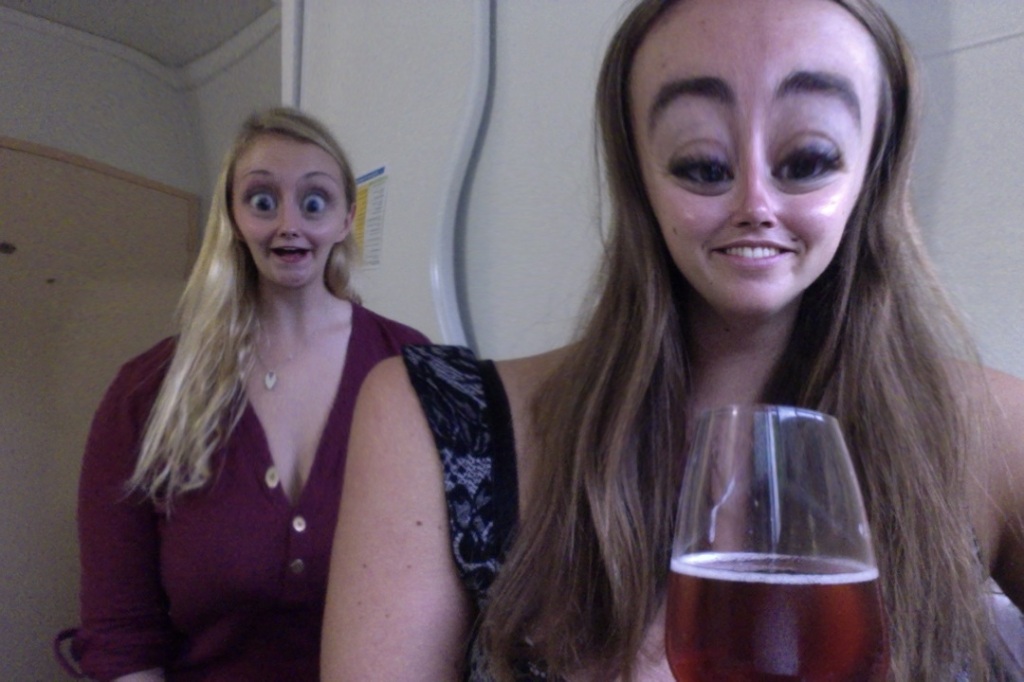 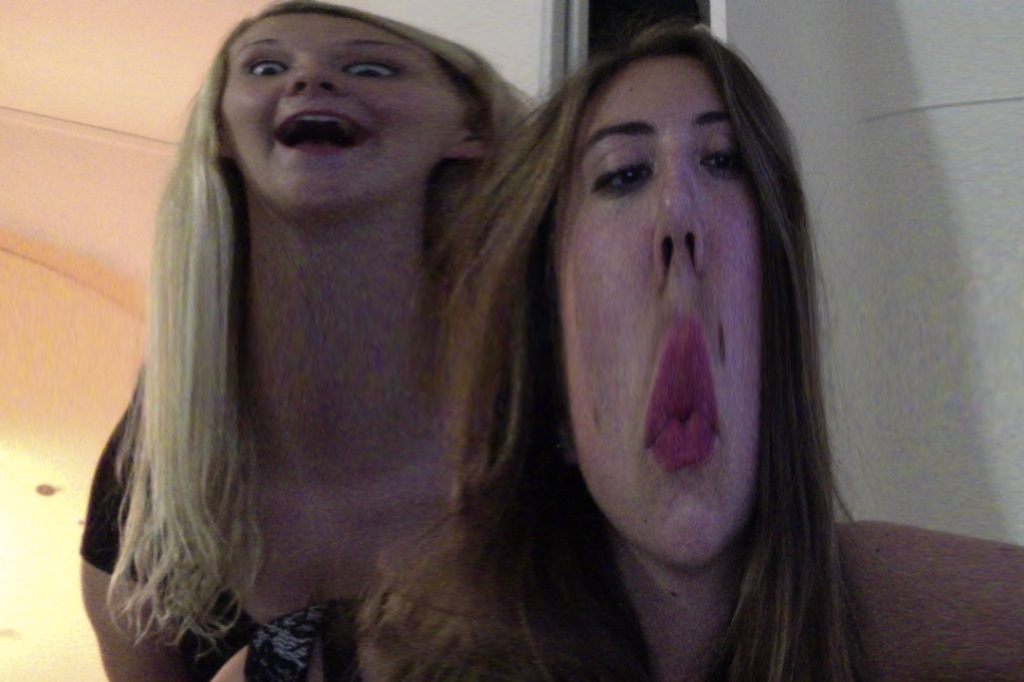 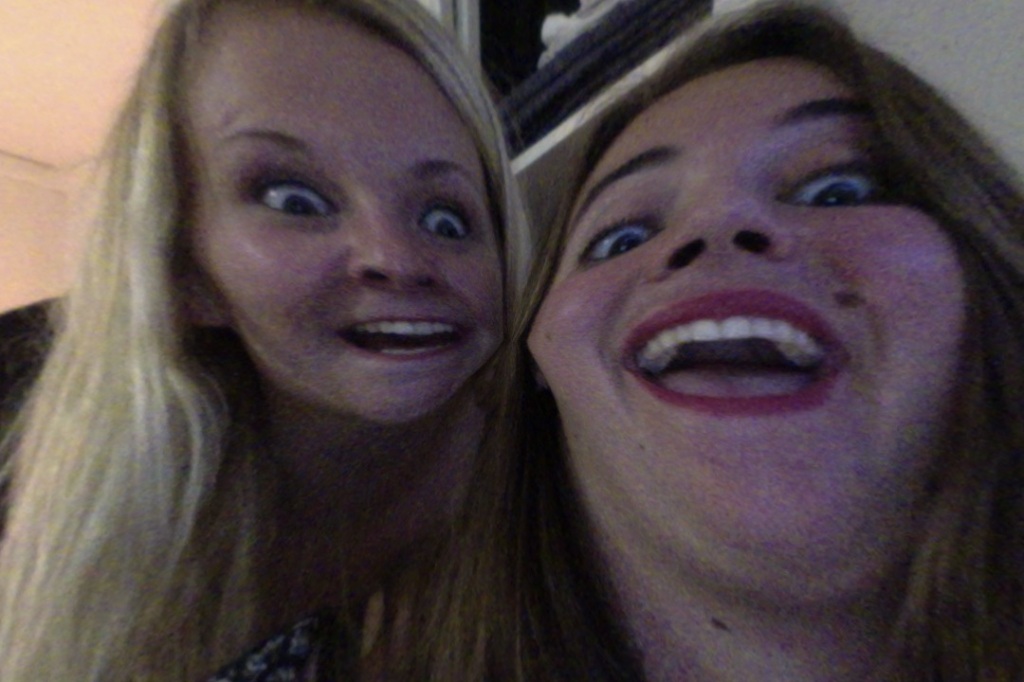 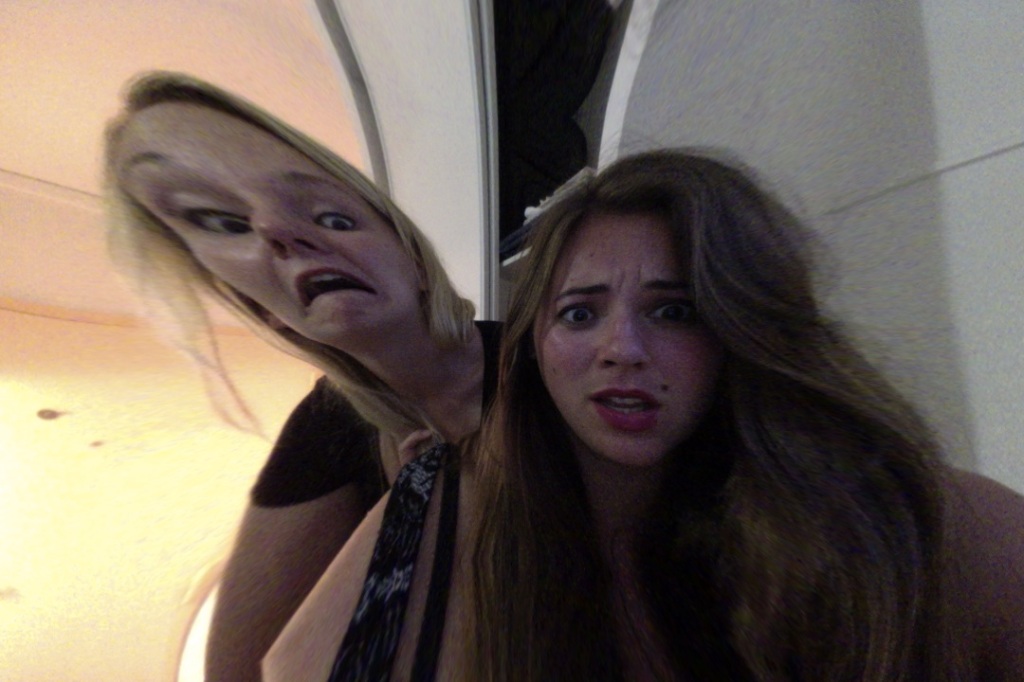 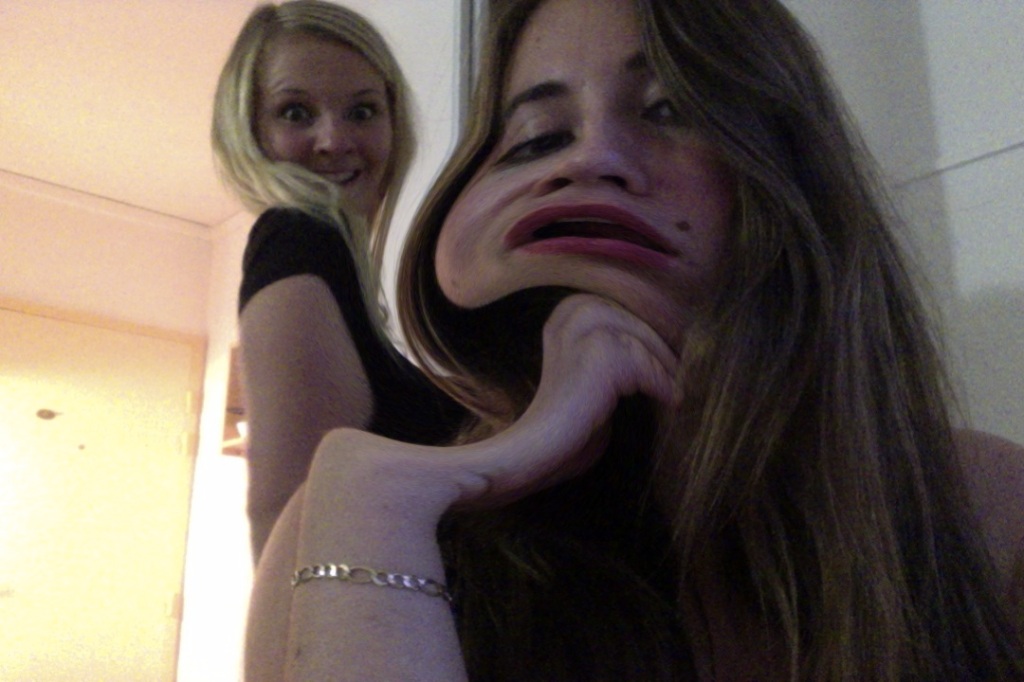 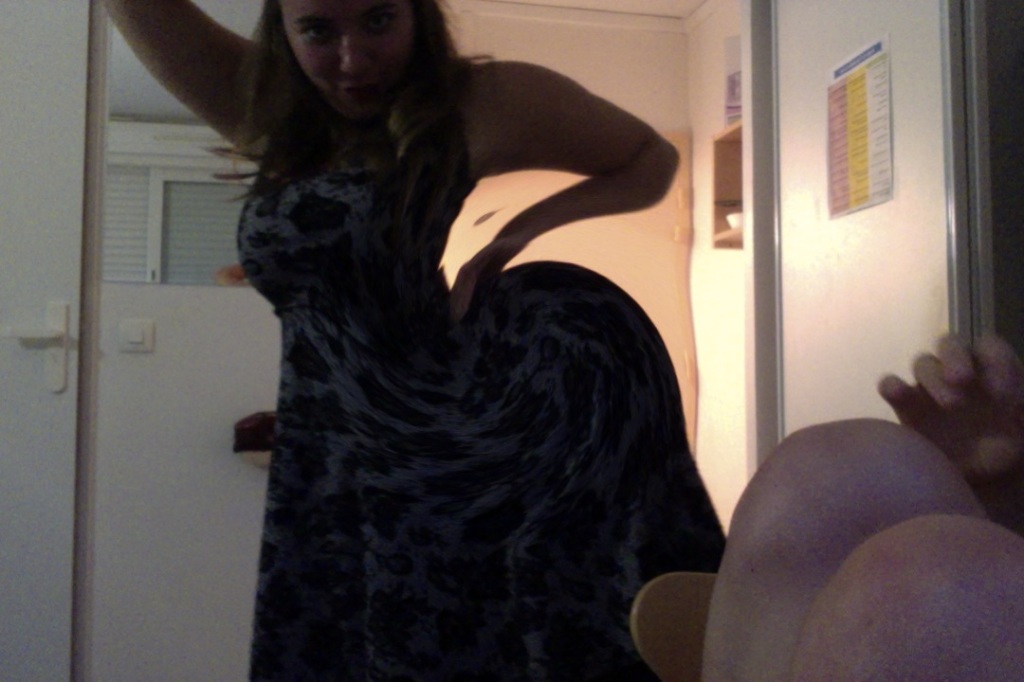 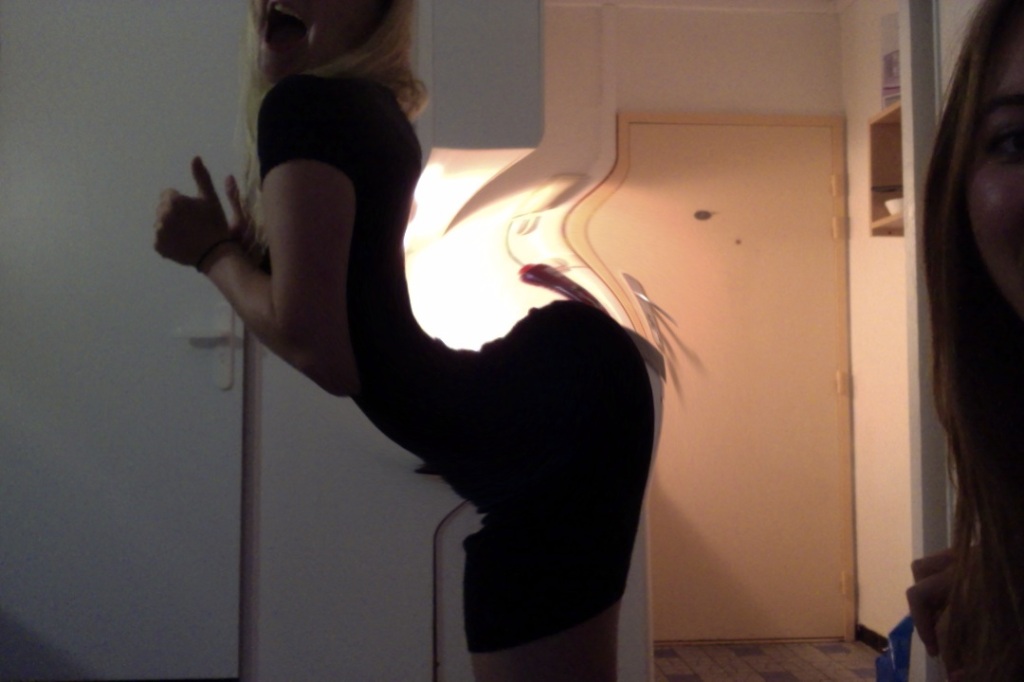 It should get old but it just doesn’t

(I started my French grammar course this evening. The best thing I learnt was that the French use ‘airbags’ as a slang word for ‘boobs’. LOL.)